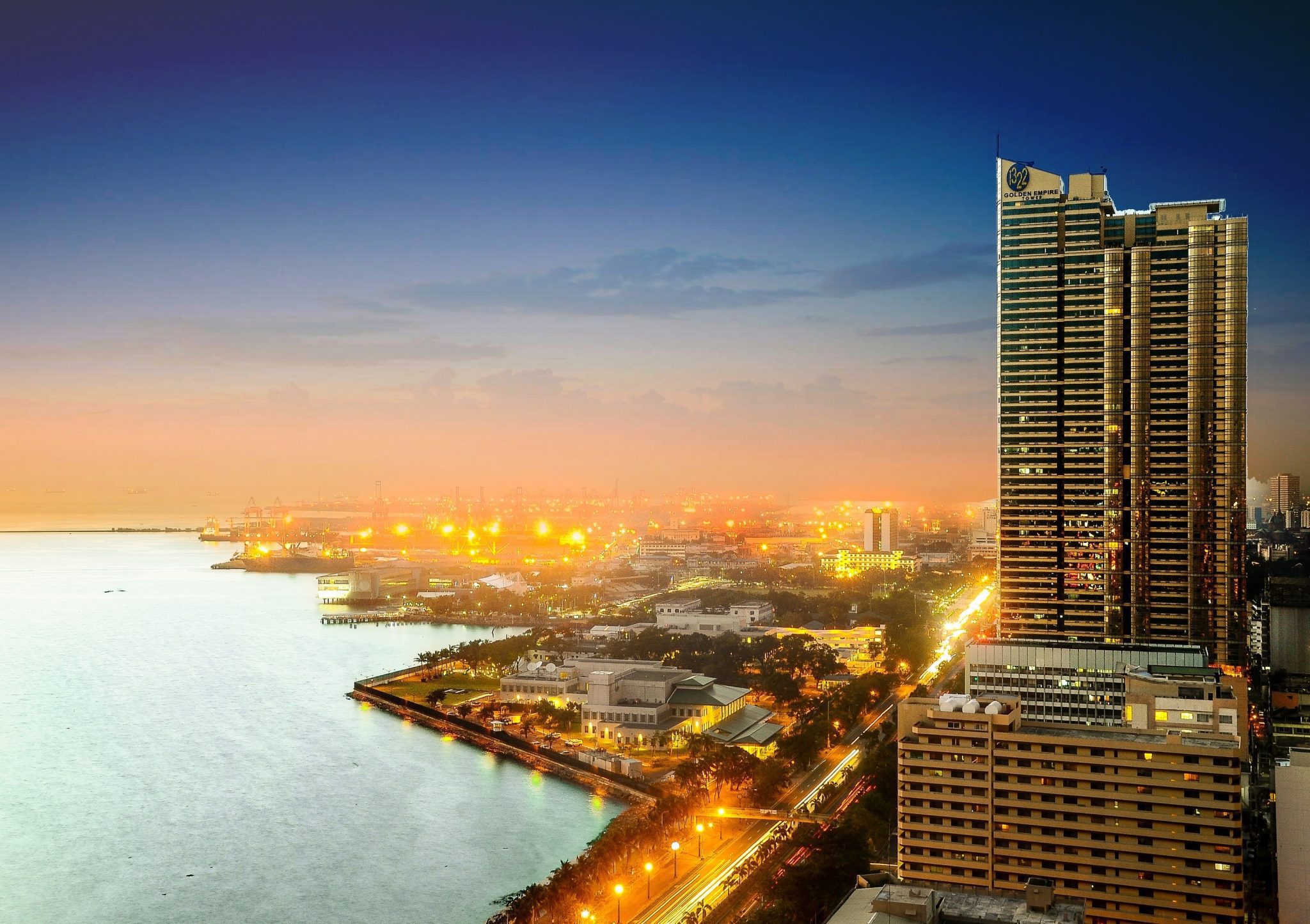 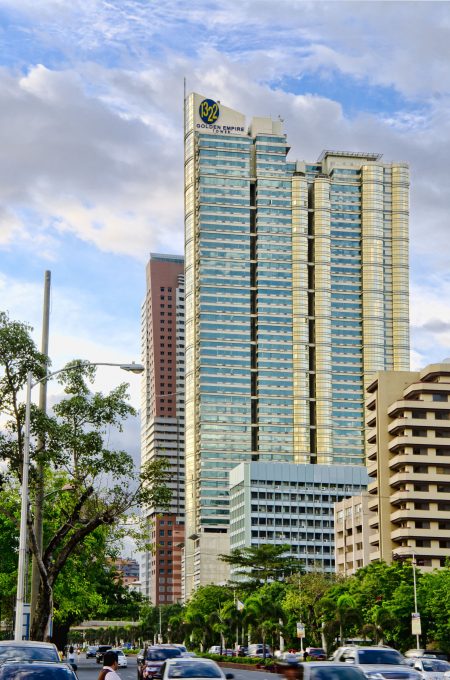 Running along the shoreline of the world-famous Manila Bay, Manila’s waterfront promenade district is and has always been a sought-after piece of real estate. With its iconic sunset, Roxas Boulevard remains as one of the country’s most exclusive and admired addresses.

Standing tall on this historic and storied thoroughfare is 1322 Roxas Boulevard – Golden Empire Tower, a beacon of architectural and design excellence. A flagship property of Moldex Realty, the 57-storey tower tops off at 203 meters, securing its place as one of the tallest residential developments in the city and providing some of the most magnificent and expansive views of the Manila Bay sunset. 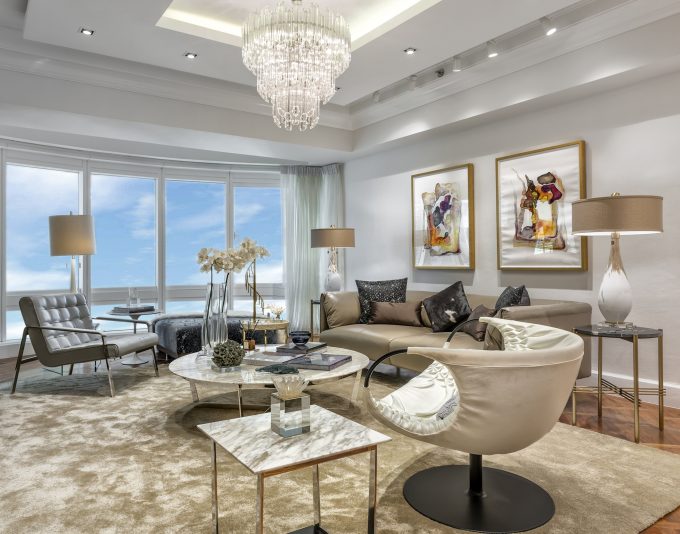 This privilege is reserved for only a few because of the limited number of suites housed within the gleaming structure, which was developed as a collaborative effort among global industry heavyweights in the fields of architectural, interior, and structural design and engineering. There are only four three- or four-bedroom units on a floor, each with a floor area between 187 sqm and a whopping 300 sqm, promising exclusivity and privacy to every unit owner.

This configuration, which is rare in Metro Manila, has attracted some of the most discerning buyers, particularly traditionally affluent Chinese-Filipinos, as well as Chinese nationals with business interests in the Philippines.

“The two concepts are a study of contrast in a glamorous setting,” Salvador says, explaining that Exotic Island Glam represents earth – fierce, instinctive and naturalistic – while Oceanic Opulence takes cues from water – delicate, reflective, and sophisticated.

The former “is inspired by the magnificence of a tropical isle and a palace of a mysterious tribe royalty” with a mix of organic and geometric shapes and patterns occurring throughout. Salvador picked an earthy palette accented by jewel tones of emerald, gold, turquoise, brass and deep umber against black.

On the other hand, the second is a study on “the grandeur of the ocean translated into an interior experience.” Cool shades of white gray and black dominate while splashes of blue, silver and gold make for the most subtle of accents. 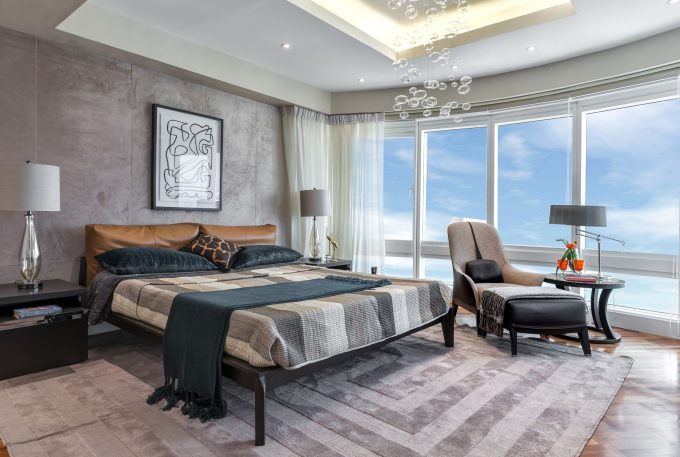 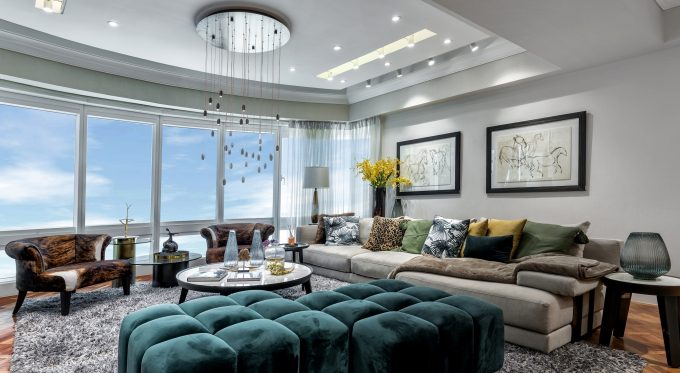 “There are sprinkles of Old Manila in the details of the major accessories, such as the laser-cut wall clock with a posed stallion as crown, balusters and other classical details,” Salvador quips. He also cites crystal chandeliers, candelabras, vases and huge mirrors with traditional beveled built-up frames as items that “lend old romantic ambience” to the interiors.

Details of the suites likewise make use of nostalgic motifs. The narra wood flooring, wood moldings, ceiling cornices and baseboards, which are elements usually foregone in more contemporary living spaces, are retained to exude old-world charm.

In terms of updating the aesthetic, Salvador opted to mix pieces inspired by different eras so as not to appear stuck in one particular time.

As the sunset is a major part of Golden Empire Tower living, Salvador chose window treatments that “will not overwhelm the legendary views of the bay and the sunset,” specifically an off-white scheme to adapt to the different colors of the sunset and clouds, which “may change colors with the refractions of light.” 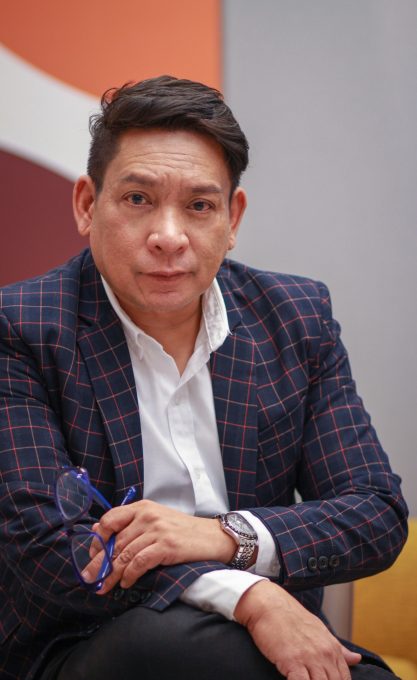 “I designed the model units hoping to attract various types of buyers. My focus was to create interiors that will look great in the next 10 to 15 years. It will be easy to update them in terms of color as the schemes are mostly neutral and capable of absorbing another color or two that future unit owners might want to incorporate,” he offers.

Of course, model units are simply visualizations of a dwelling, not actual dwellings themselves. However, Salvador’s thoughtful concepts for the Golden Empire Tower suites are not just a showroom showpiece but may very well be solid inspirations for buyers to help them design and maximize the potential of their future suites.

The Exotic Island Glam and Oceanic Opulence model unit concepts are true recreations of stylish yet functional home spaces that embody harmony, flow and balance – the very characteristics of living in your privileged address by the bay.

Moldex Realty is one of the pioneering real estate developers in the country and has been in the industry for over three decades. It has established a strong presence in the real estate arena through the development of more than 30 residential subdivisions and condominiums strategically located in the north, heart, and south of Manila. Since the beginning, Moldex Realty’s vision was very clear — every Filipino family deserves a life of value, comfort, convenience, and quality.

To schedule an exclusive preview of 1322 Roxas Boulevard show suites and to learn more about other quality developments of Moldex Realty, visit www.moldexrealty.ph or call 717-8880 and (0917) 717-8880.