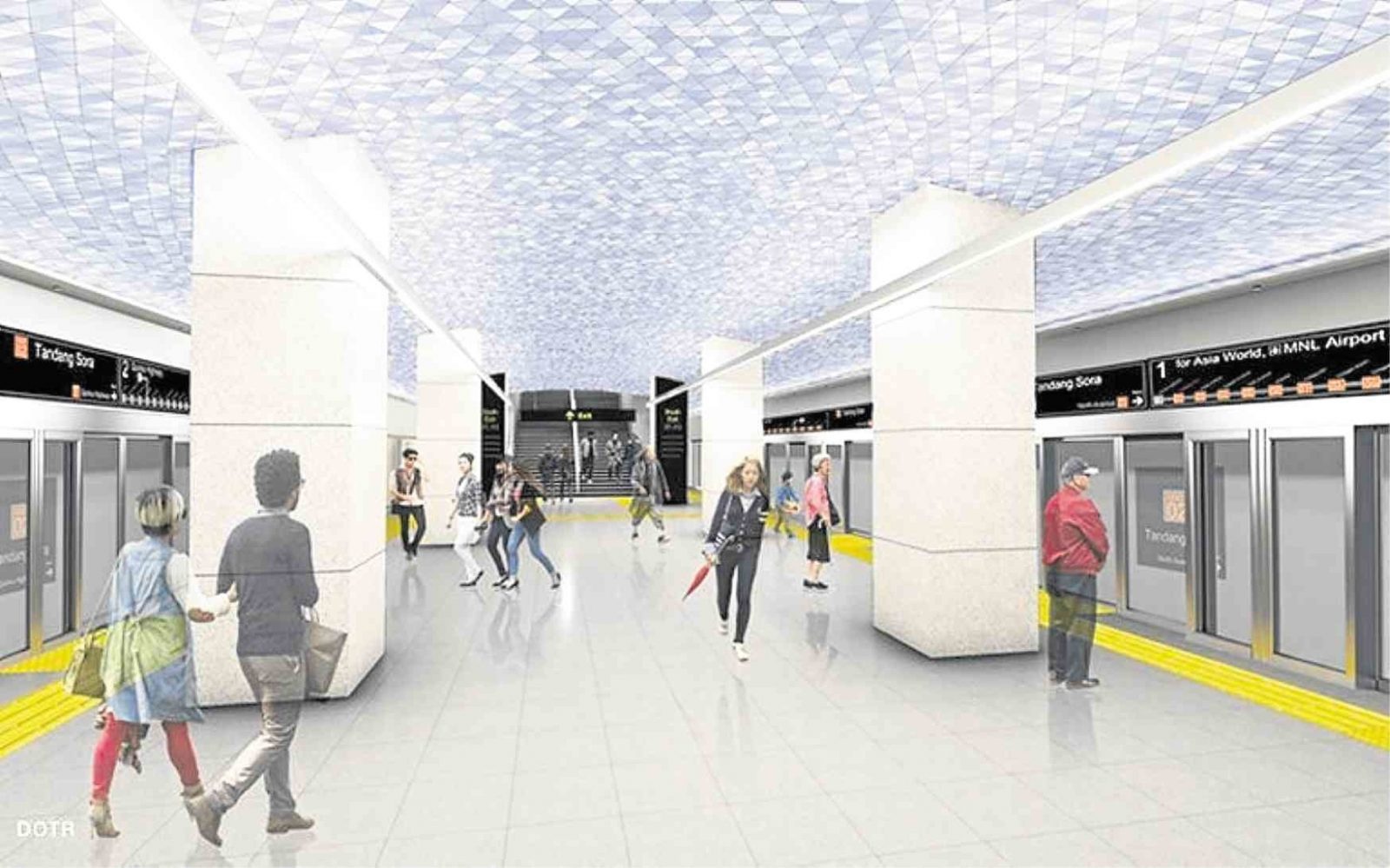 PIPE DREAM NO MORE An artist’s sketch of the Metro Manila Subway, the first underground railway system in the country. It will also make the Philippines the sixth nation in the Southeast Asian region to have a subway system. — DOTR photo

From ‘drawing’ to reality: DOTr breaks ground for P350-B project

One of the government’s “basketful of solutions” to the traffic problem — the Metro Manila Subway — is finally becoming a reality. On Wednesday, Department of Transportation (DOTr) officials led by Secretary Arthur Tugade held the groundbreaking for the project on an unnamed road in Valenzuela City.

Targeted for completion in 2025, the 15-station underground railway system would be the first in the country. It would also make the Philippines the sixth Southeast Asian nation with its own subway system.

“When we announced that we were doing the subway, many people did not believe. [A] subway [in Manila]? Drawing lang yan (That’s just a pipe dream),” Tugade said during the groundbreaking ceremony. 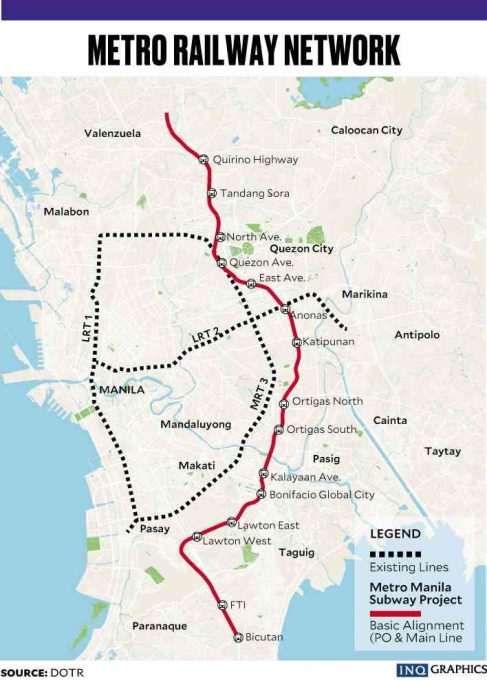 A map supplied by the DOTr shows the areas where the subway’s stations will be built, and their position in relation to the three existing train lines—Metro Rail Transit 3 and Light Rail Transit Lines 1 and 2.

First thumbed down in the 1970s, the idea of having a subway snaking beneath Metro Manila’s flood-prone streets, which were also at risk because of the West Valley faultline, had always been met with public skepticism. “Now, sirs, ma’ams,” Tugade said, “the subway station is true, true, true.”

“The Metro Manila Subway is not just designed to keep passengers safe but to also ensure the reliable and continuing operation of the system before, during, or after the occurrence of natural calamities,” TJ Batan, transport undersecretary for rails, pointed out.

The P350-billion project, to be funded by a P51-billion grant from Japan, hopes to copy the renowned Tokyo subway system, well-known for its precision and disaster resilience technology. The Philippines can expect nothing less than “world-class mass transport system with cutting-edge technology,” said Japanese Ambassador to the Philippines Koji Haneda.

“[You] can count on Japan’s extensive experience not just in subway construction but also in railways operation and maintenance,” he added.

The subway will connect Quezon City (Mindanao Avenue) to the Ninoy Aquino International Airport in Pasay City. Travel time will be 30 minutes at a speed of 80-kph.

The DOTr estimated that 370,000 passengers would benefit from the subway per day on its first year of full operations. Filipino-Japanese joint venture Shimizu Corp.-Fujita Corp.-Takenaka Ltd. will design and build the first three stations of the 36-kilometer subway line. By 2022, the Quirino Highway, Tandang Sora and North Avenue stations should be open to the public, Tugade said.

Through North Avenue station, commuters can connect to the Light Rail Transit Lines 1 and 7 and Metro Rail Transit (MRT) 3 via the Unified Grand Central Station, which also broke ground on Feb. 13. As of now, the DOTr has yet to set a fare schedule or provide the exact landing points for each station.

However, the subway’s alignment map showed that it would run nearly parallel to the MRT 3 on Edsa. Transport officials envisioned the subway as a complement to the three main transit lines in the metropolis: a railway that would service the north-east-southern inner corridors where only buses, UV Express taxis and tricycles usually go.